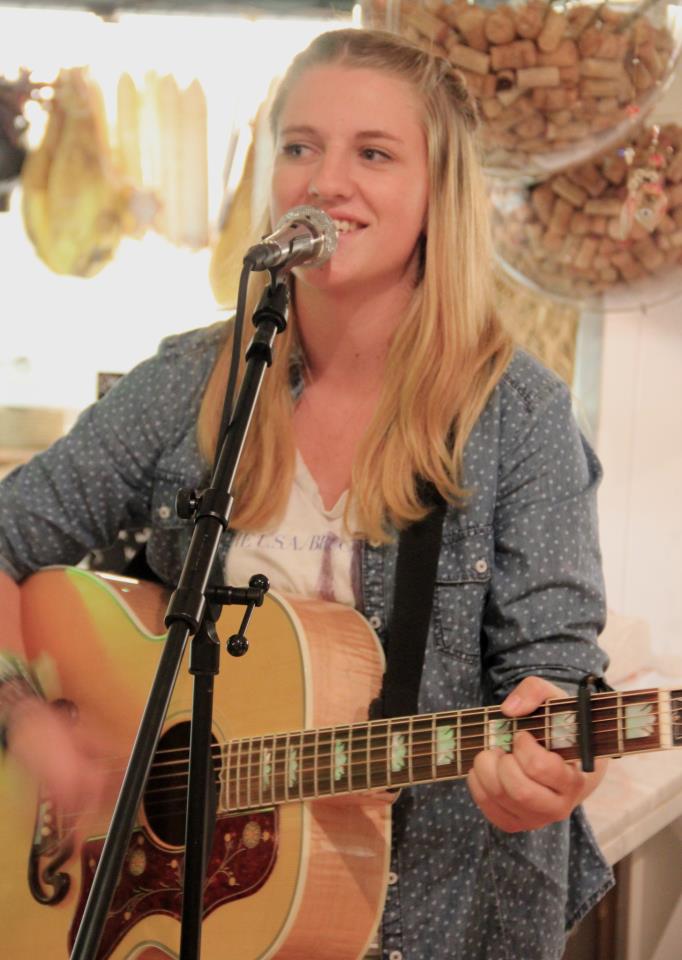 Lena Schenker, born 1996 in Liestal, Switzerland, always loved to sing.
As a two-year- old, with a voice that reminded her father of Marla Glen (very deep and powerful), many people predicted a career as a jazz singer. With her father she used to sing songs like “99 bottles of beer on the wall” before going to bed.

In several choirs, in school, at sleep.. Pretty much everywhere she trained her voice. Soon as an accompanying instrument the guitar popped into Lena’s world. She started to cover first songs by Swiss songwriter Mani Matter.

The Gurten Festival 2010 was one of the most formative experiences for Lena’s music dreams when she first heard Amy Macdonald play and Lena was deeply impressed. A young woman, a guitar (a Gibson J-200, so even better), songwriting, a powerful voice and a Scottish accent. Lena found an idol and inspiration.

Since then Lena started writing songs and found a new music style. She is spending an enormous time playing the guitar and covering/writing songs. Looking at the future she says, her big dream is to share her music with others.

That dream is coming true more and more. The music-school, her vocal-coach, her guitar-teacher and friends with connections are always looking for opportunities for Lena to perform. When she isn’t playing at small venues like bars, she sometimes also plays music in the streets of Basel. While doing that she made one of her biggest dreams come true – she is now a proud owner of a Gibson J-200.

Since winter 2013 Lena and three scouts she’s known forever decided to put together a band. Originally, the idea was just to play Liestal Air 2013 but it all went so well, they decided to carry on as a band. This is how Lena & The Boyscouts were born. Under concerts you can see which concerts she plays alone and where the band is included!

Stay tuned, there are some great concerts coming up!